Following written  applications and a selection procedure involving local residents,  the following people have confirmed to be initial members of the Thurcroft Big Local Partnership:

The representative nominated by  Thurcroft Parish Council will be Councillor Geb Nightingale and Cllr Denise Lelliott from Rotherham Borough Council.  Non-voting agency champions are still to be selected following discussions with Rotherham Partnership.

The next meeting of the Thurcroft Partnership will be at 6.30pm on Monday 4th November 2013 at Arbour Drive Community Centre.  The meeting is open to all. 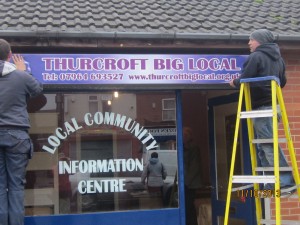 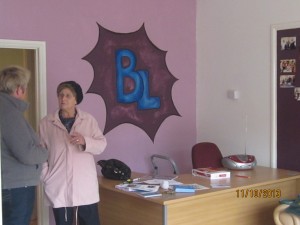 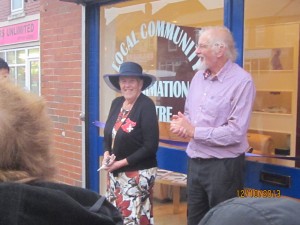 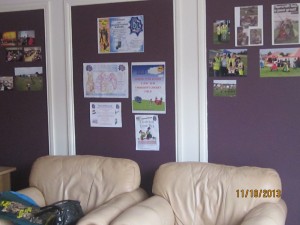 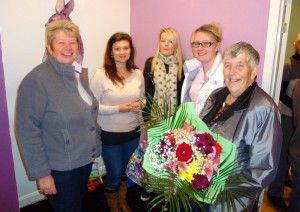 Over 70 children have been enjoying our holiday playscheme during the summer. Many thanks to everyone who made this playscheme such a wonderful success. 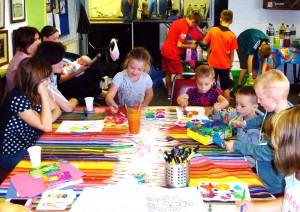 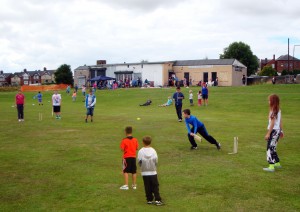 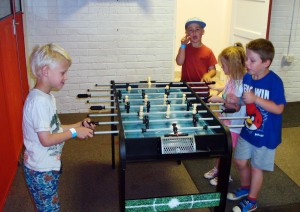 Day Trip to Northern College Enjoyed By All

Everyone had a good day at Northern College on Friday June 21st  and learnt more about the Big Local courses and networking that is available for Thurcroft residents. 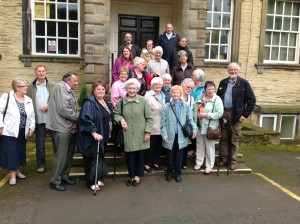 In Front of the Main House

Tim Leach said “Northern College is a great resource for Thurcroft Big Local, we need to use this opportunity to build our skills and network with other areas and communities”. 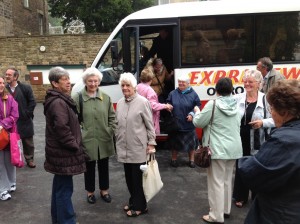 Getting Off The Bus

Many thanks to Kerry for organising the day and to Tim and James from Hull Big Local and John from Knottingley Big Local for showing us around the house and grounds.

Thurcroft residents enjoyed  an afternoon of free entertainment including pie and peas, music and song provided by children from Thurcroft Infant School and a few games of prize bingo on Tuesday 21st May 2013. The event was  held at the Thurcroft Miners Welfare Institute on Katherine Street. Over 65 residents residents attended. 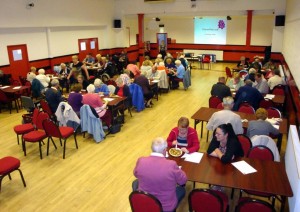 Residents from the Thurcroft Big Local Steering Group began with a short presentation about the work they have been doing. The Big Local Trust is holding £1 million for residents to invest in Thurcroft’s future. The aim is for people to make their communities better places to live in, now and in the future and it will be up to the residents of Thurcroft to decide on how this money is spent. 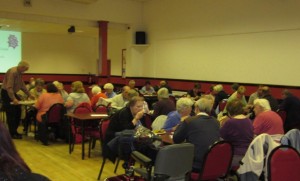 Resident Tim Leach gave  a summary of residents views collected during the past eight months on their visions for the future of the village. Tim said “We have spoken to lots of people in the village – young, old, able bodied, disabled, families, people who have lived in the village a long time and those new to the village”. Shirley Henderson., also a resident did a fantastic photo presentation of the work done by Steering Group members to produce a profile of Thurcroft. People will be asked for their thoughts and contributions.

Ken and Events team have announced Gala is on Sunday 25th August 2013. 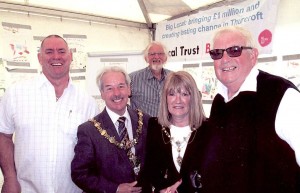 Mayor and Mayoress at 2012 Gala